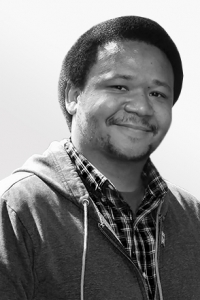 There’s a groundswell of artisan entrepreneurship happening in North Shore Collinwood – and a new creative services agency is at the forefront of unifying that work.

Following a year-long planning phase, Northeast Shores Development Corporation is partnering with Master Collective to develop and launch Made in Collinwood in 2017. Master Collective, led by Robert Gatewood, is taking the charge of building Made in Collinwood as a collaborative brand for artisan businesses and services providers in the greater Collinwood area. This partnership between Northeast Shores and Master Collective will provide extensive small business training, shared resources, and peer networking for makers in the community – in addition to substantial marketing services.

Made in Collinwood has already launched small business classes in the neighborhood in partnership with the Hispanic Business Center. And the platform is gearing up for an expanded year of Makers’ Markets, which will generate a surge of energy at the East Shore Park Club in tandem with their Summer Concert Series.

But what about the Made in Collinwood brand and the man behind its creation?

It probably comes as no surprise that first and foremost, Gatewood is a longtime Collinwood native. Gatewood and his family were Cleveland East-siders for years, before moving to Collinwood in 1999, where they have lived ever since.

Throughout his youth, Gatewood was drawn to the artistic process. He channeled that interest to more formal mediums like painting and sculpture in high school. But the forms felt too rigid for his intent. A longtime passion for video games and their potential for creative expression ultimately led him to the field of design. He just didn’t know if it could pay the bills in the long run.

Freshly out of high school, Gatewood worked at the phone and mail order department of the Cleveland Browns. That department’s inevitable transformation into the Brown’s team shop meant Gatewood worked more and more with computers and database entry. At the time it’s what he needed in life. On the side he worked as an independent graphic designer, building up a portfolio working on projects within his network.

After years hard at work, Gatewood was ready to expand his knowledge base and decided to attend Cleveland State University, the alma mater of his wife Courtney. Despite his passion for the discipline, he didn’t begin in graphic design. He tried his hand at several degree tracks, still stuck on the notion that there wasn’t a career path for designing.

Finally a guidance counselor who knew Gatewood’s passions convinced him that the graphic design program made perfect sense. It married his passion for art with a creative outlet that he could direct to helping others and providing an image to their fantastic ideas. It was both collaborative and creative.

So he dove right in, working at Cleveland State Magazine, serving as president of the student chapter of the American Institute of Graphic Artists, and eventually interning under David Roll at CSU Marketing.

Gatewood soon found himself involved with The Creative Group at Robert Half, and within a month of graduating, he was hired on at IdeaStream (a consumer products company located in Downtown Cleveland, not to be confused with the regional multimedia public service agency).

While there, Gatewood served as graphic designer for the company, meeting the creative vision of the company across multiple product platforms reaching national retailers. From licensed products to storage solutions, Gatewood handled design work on a daily basis.

The work was good, but ultimately Gatewood knew his passion for community involvement and entrepreneurship would lead him back to Collinwood. How and when that happened were the lingering questions.

In 2016, the opportunity finally presented itself.

When Northeast Shores announced the search for the perfect creative mind – and digital maker – to lead the actual development of the Made in Collinwood brand, Gatewood jumped at the chance. The decision made perfect sense, as a longtime neighborhood advocate, skilled designer and dedicated community member working toward equality and opportunity for all.

With that opportunity, Gatewood took the chance to leave his current employment and dove headfirst into contract based work through his business, Master Collective. While he worked on projects independently over the years, Gatewood is now going full steam as a graphic design outfit.

The interaction, collaboration and design support for neighborhood businesses is what really drives Gatewood at the end of the day. His ability to visually bring their concept to life makes it all worthwhile.

Check out the Made in Collinwood Facebook page for updates, events and featured Collinwood makers while the full web platform is being built out. Small business trainings will again be offered at the Collinwood Recreation Center in summer and fall 2017. And pop-up events like the Makers’ Markets still have slots available for current or start-up makers to reach new customers.