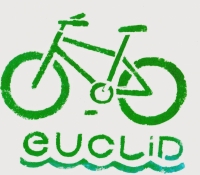 We applaud and encourage implementation of improvements to bicycling infrastructure included in the Euclid Master Plan, unanimously adopted by Euclid City Council February 5, 2018. We support the Trail Network recommendations, particularly the East 222nd Street Trail, a safe and necessary north-south connector in Euclid’s multi-modal transportation network. We recognize the efforts made by County Planning to improve connections between Euclid and neighboring communities, especially Cleveland to the west. We look forward to collaborative bike projects in the future. Find the plan at www.cityofeuclid.com/community/development/EuclidsMasterPlan.

Beginning this year, Bike Euclid is teaming up with local Euclid councilpersons for bike rides through various parts of our community. The Explore Your Ward routes will highlight Euclid Master Plan recommendations. All are welcome! The first ride will meet at Sims Park, near the Henn Mansion, April 14, 10 am - Noon. Dress for the weather, bring your bike (in good working order) and wear a helmet. Enjoy a brief safety presentation by Bike Cleveland’s Deltrece Daniels, followed by a short leisurely pedal through the local neighborhood and back to Sims Park. All participants must sign a waiver. All minors must be accompanied by an adult participant. All participants will receive a copy of the booklet Biking in Cleveland - A Guide, as well as a Bike Euclid button and a chance to win a Bike Euclid T-shirt and full front (white) and rear (red) light set! Riders of all levels are welcome! More experienced riders are invited to help, contact us at BikeEuclid@gmail.com with “Volunteer for Explore Your Ward” in the subject line.

And as we move into warmer weather, take the 10 Minute Challenge. It is a simple way to add more biking to your life. It starts with the idea that for destinations within 10 minutes by bike from your starting point, biking is often the fastest, most practical option. The 10 Minute Challenge says that for trips two miles and under, biking rather than driving may save time and money. It’s something to think about the next time you’re on your way to the supermarket, the bank, the library, or one of our fabulous local parks. (from Biking in Cleveland - A Guide)

Our area was developed at a time when many did not own cars and is thus configured to support travel in a variety of ways. Whether by bike, car, or on foot, by following the law and being observant of our surroundings, together we have the power to give each other the safe streets we all want,. We also honor and show respect for one another by providing a clear and safe distance for pedestrians at crosswalks and by giving the three foot minimum between cars and bicycles when passing, according to state law (ORC 4511.27).

According to a report published by the American Journal of Epidemiology, Volume 166, Issue 2, 15 July 2007, “Motor Vehicle Crash Injury Rates by Mode of Travel, United States: Using Exposure-Based Methods to Quantify Differences”, authored by Laurie F. Beck Ann M. Dellinger Mary E. O'Neil, “The fatality rates for motor vehicle occupants, pedestrians, and bicyclists were 12.7, 1.6, and 0.3 per 100,000 population, respectively”. Simply put, you are about 42 times more likely to be in a fatal collision when in a car than on a bike.

And a study released in 2014 in the Journal of Safety Research, on the incidence of injuries in bicycle-pedestrian collisions, between 2004 and 2011, authored by Peter Tuckel and William Milczarski of Hunter College-City University of New York and Richard Maisel of New York University, states that, “...despite a steep increase of bicycle traffic, the rate of bicycle-pedestrian collisions is actually now on its way down.”. They make the observation that this increase in safety is due in large part to people simply paying more attention to one another.

We can do this! We can, together, create safe streets for all.

Here are Ohio bicycling laws, summarized and according to OHIO REVISED CODE 2018:

Motorists, pedestrians, and bicyclists must know and understand these laws so we can better support each other in the safe use of our shared roadways. For further reading on the topic, we suggest checking out these online resources;

Steve Magus, Ohio Bike Lawyer (www.ohiobikelawyer.com) grew up in Euclid and is a statewide authority on bicycling and the law.

Ken Knabe, Greater Cleveland's Bicycle & Car Accident and Safety Attorney, is an active member and enthusiastic supporter of Bike Euclid and Bike Cleveland. Ken has graciously compiled for us a list of all laws in the city of Euclid pertaining to bicycling, which can be found at http://klfohio.com/blog/euclid-ohio-bicycle-laws/.

Show your pride and support safe streets! Watch for Bike Euclid T-shirts to be for sale soon at Euclid City Hall, including some of the original design (with the hand painted Bike Euclid logo), children sizes, and new t-shirts with a safety message printed on the back. T-shirts are $20 and available at the City of Euclid Recreation Department window, during normal hours. Proceeds go directly to Bike Euclid advocacy efforts and support safe streets for all. Bike Cleveland T-shirts, water bottles and more are available at the Bike Cleveland Shop at www.bikecleveland.org/shop.

Bike Euclid is your local advocacy group working to promote a comprehensive stress free bicycling network for transportation and pleasure, and to encourage and connect bicyclists to resources which support safe and legal use of the bicycle. Bike Euclid is a chapter of Bike Cleveland. This close working relationship benefits residents of both communities as well as bicyclists throughout the region. Join us! Go to www.bikecleveland.org. In your Bike Cleveland membership application, you may also check that you also want to be a member of Bike Euclid. In doing so half of your membership dollars will be spent directly on outreach and programming within the City of Euclid. Check out our Facebook page, www.facebook.com/euclidbikes for event details and ideas shared by our community of members.