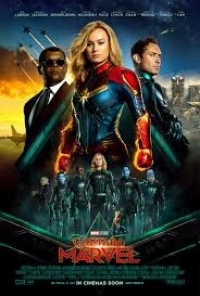 Unfortunately, I expected better. The movie ends up having two roles. First, it is an origin story about Captain Marvel. As such, it follows the regular Marvel formula and does so satisfactorily but brings little new other than the hero is amnesiac. Second, the movie acts as an unnecessary prequel taking place in the 90's. As such, it answers random questions. Because of the weight of Infinity War and that we know all these characters will survive this film, it has no suspense. The jokes and plot are insufficient to carry the film alone. Plus the Disney de-aging technology used on Samuel Jackson (and others) is just creepy and is 94% successful which has a really weird rendering effect on the actor(s). Had this film come out in a different part of the sequencing of Marvel films, I would have been more kind. Sadly, I need to give it a "C".